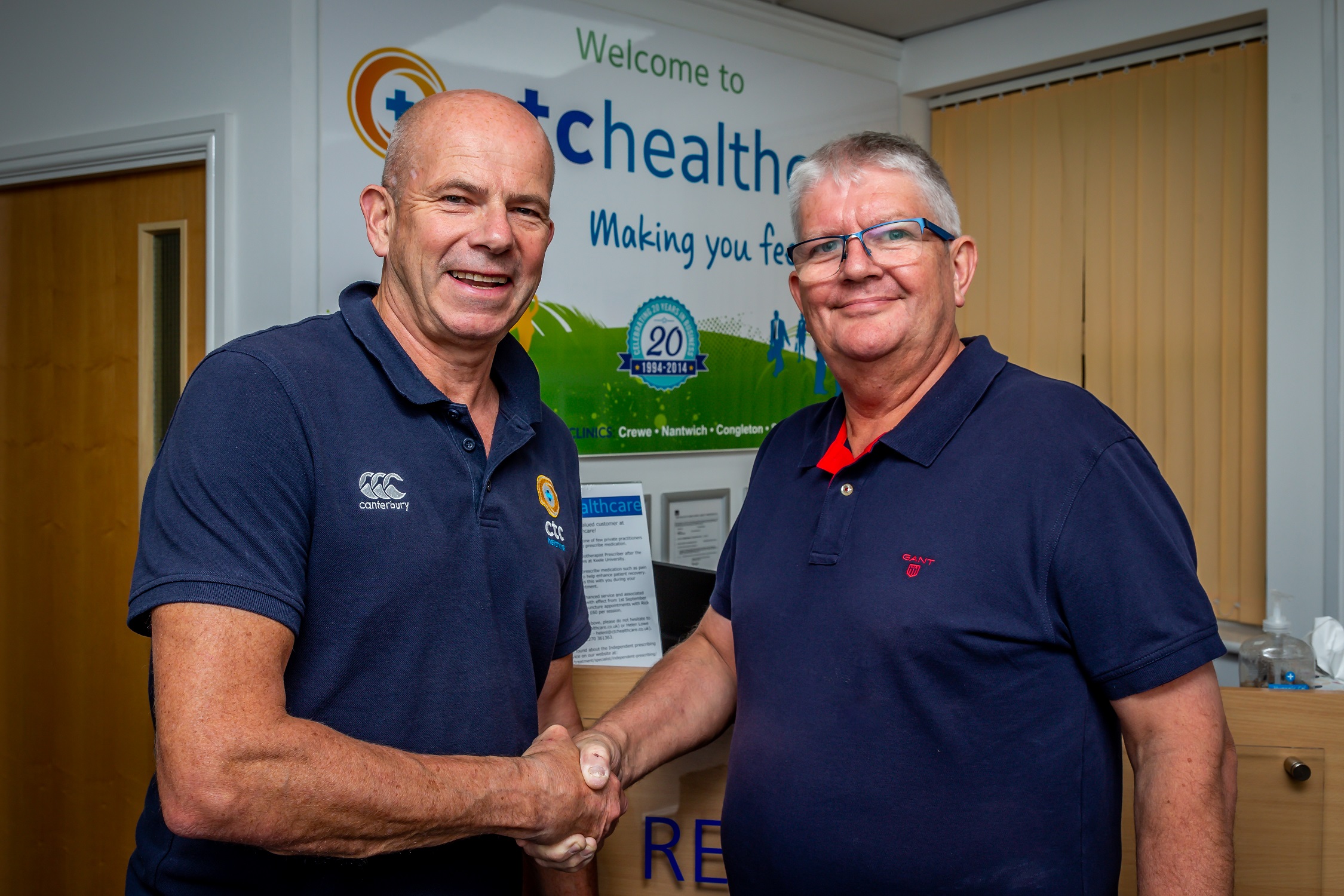 Swift intervention by one of the region’s leading physiotherapists helped prevent a Nantwich man from developing a potentially life-threatening condition.

Paul Livingstone, 57 year-old engineer, was in a great deal of pain with a red and swollen lower leg when he visited ctchealthcare owner Rick Carter believing he was suffering shin splints from his new fitness regime.

Rick, one of few private practitioners in the country qualified to prescribe medication, immediately put it down to cellulitis – a bacterial skin infection which can trigger deadly sepsis.

Paul was advised to go quickly to Leighton Hospital A&E where cellulitis was confirmed and anti-biotics prescribed.

He said: “Over the last 10 weeks I’ve been walking a lot to get my weight down and was really pleased with my 2st weight loss. When my lower leg became swollen, red and painful to the touch I thought it could be a stress fracture or shin splints which I used to suffer when I played cricket.

“Rick took one look and knew what it was. Thankfully he did and it didn’t develop into something far more serious.”

Paul and his wife Susan have also experienced Rick’s expertise with their son, a keen cricketer who has been treated for hamstring injuries.

He added: “Rick’s expertise as a physiotherapist and knowledge of the industry is second to none.

His bedside manner is also legendary. A great character who really knows his stuff.”

← Jeff is a testament to acupuncture