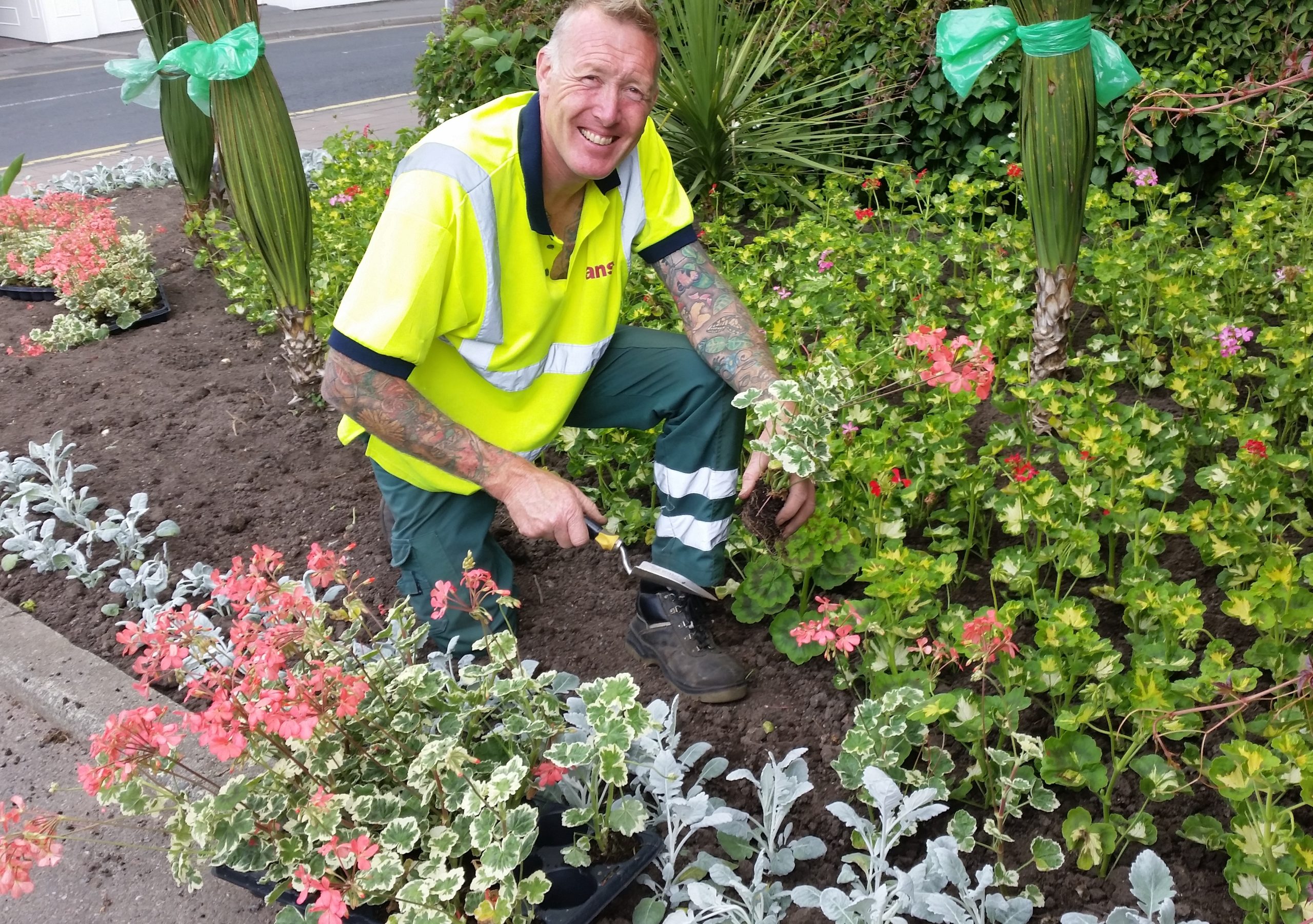 Bloomin’ marvellous! That’s the verdict from Steve Wilkinson after successful treatment for his bad back.

Just a few weeks ago Steve, 50, was in such pain he struggled to put his socks on and had to roll out of bed in the morning.

After just three treatments, Steve is back to work and helping to give the area its flower power.

He said: “I’ve always had trouble with my back which I put down to being tall, but then the pain became so bad it was unbearable. I had massage and acupuncture and now I’m so much better.”

He and his colleagues are currently planting out flower beds in Crewe, Nantwich, Sandbach, Middlewich and Alsager.

Away from work he likes to tend his garden and watch his son play for the Witton Albion Football Club’s under-18s.

He added: “Everything caused me pain, now it’s behind me I can get on with life. My message would be: ‘Don’t suffer back pain, see ctchealthcare.’ I can’t thank them enough.”

← AGE IS JUST A NUMBER….
Big-hearted Helen prepares for triathlon →