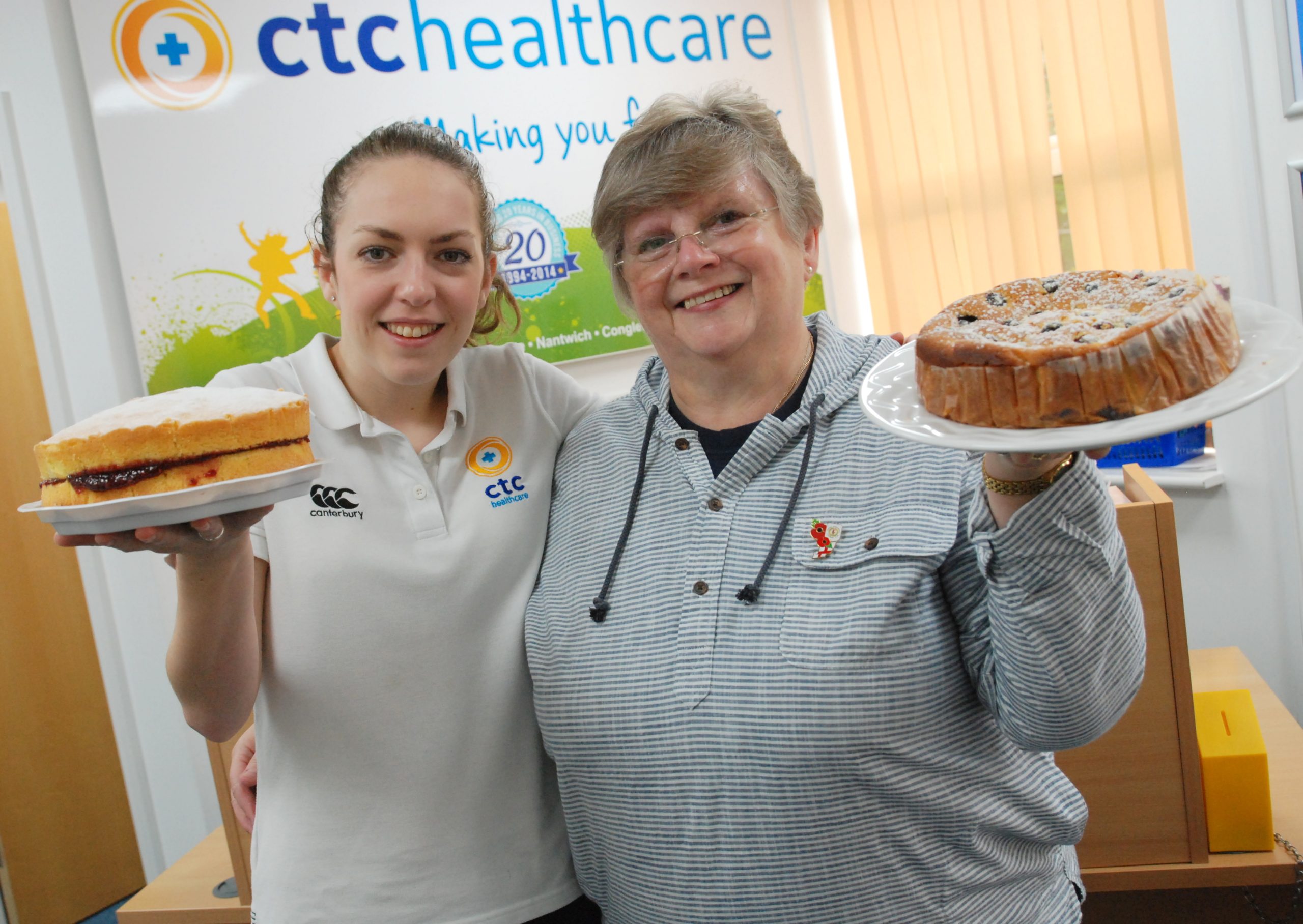 After decades of pain in her right knee, Maggie Edwards was at her wits end when she was still suffering after a replacement.

Playing hockey throughout her youth had taken its toll and despite six operations, major surgery was the only option.

She says: “I had the replacement and then several months of treatment at the hospital. Sadly I was little improved and it was suggested that I have a knee manipulation under anaesthetic. I wanted another opinion and to give physio another shot and started regular visits to Caroline. Now I can walk properly without a stick and feel so much happier.”

Maggie is a keen baker and during her year of treatment at our Crewe clinic she kindly brought in many cakes for staff and contributed them to our Macmillan Coffee Mornings. She also bakes for local charity cake sales and fundraises for Marie Curie.

Acupuncture, massage, short wave therapy and exercise was her recipe for recovery and now she enjoys aqua fit classes and the hydro pool at her local spa.

She added: “Caroline also treated my other leg and ankle, hips and lower back which had developed issues because of my knee. She treated the ‘whole person’ and I wouldn’t hesitate to recommend her.”